The reportage of two similar stories on the ongoing civil crisis and political upheaval in Libya, is taken up for analysis.

Both the stories, ‘Cruise strike hits Gaddafi: “We will not stand by and let this dictator murder his own people8”’ by Mail Online, and ‘US, allies strike Libyan targets from air and sea9’ by Newsvine, incorporate online journalism’s “three defining characteristics – hypertextuality, interactivity, multimediality (Tapas 2006, pp. 34)” in differing ways.

The online news feature of adaptability has resulted in the links taking the readers to the same article, but with added texts and images, and different headlines.

Both Mail Online and Newsvine texts are not multilinear; they are read “in one direction only (Tapas 2006, pp. 38)”.

And the text is not hyperlinked either. Hypertextuality provides “choices to the reader (Tapas 2006, pp. 36)” to go to a new text containing related information.

However, Mail Online does provide evidence of hypertextuality as in-between text body, there are different colored hyperlinks to related commentary/articles under the ‘More’ tab, along with directions stating to scroll down to related videos after the first set of paragraphs.

This feature makes it different from= Newsvine as the reader has a few indirect options to avoid linearity.

Also by not providing hypertexts in the main body, the article keeps the attention of the reader, but allows options for further research.

Mail Online also lists all relevant People, Places and Organisations for further referencing under the ‘Explore More’ tab at the bottom of page.

Newsvine has this feature at the beginning, but it is less exhaustive. The “ability to link the main text with other websites and any number of supplementary texts10” is the use of hypertextuality. A feature therefore to improve hypertextuality in both sites would be to provide hyperlinks leading to journalist bios and other news sites.

Though the story doesn’t have a stand-first, it starts effectively with bold subheads in bullet form, and the language is clear.

However, unlike Newsvine it is too long and cannot be read on mobile devices. Besides the story, the headline also needs to get shorter.

Newsvine narrative follows the tad-pole structure, it has its “meat in the head” (Dorner 2002, pp. 62), and has a stand-first in the traditional sense.

Unlike Mail Online, the headline is shorter and snappier though there is only conventional narrative structure, primarily shovelware. The intent here is to just inform, like a traditional newspaper. It generates few comments and a minor debate; 9 comments via the public discussion interactivity feature, in contrast to 501 comments on the Mail Online article.

The text also could be further broken down into chunks. In addition, like Mail Online, they should provide a hyperlink for comments at the start of the page, so that readers don’t have to wait until the end to respond.

Newsvine doesn’t offer much on multimediality or interactivity.

Multimediality is the “coexistence of different media in a single package (Tapas 2006, pp. 47),” and Newsvine merely has a picture gallery that got updated from 77 initial photos to 247, but the latest are added at the end and the interface is lackluster.

Most of the pictures take ages to load and are not even relevant to the context of the story.

Though at the end there are hyperlinks to related coverage on both Newsvine and other websites, and a comments section in addition to recommending for Facebook tag, there is not much interactivity.

Print journalism differs from online multimediality in “its lack of interactivity” (Tapas 2006, pp. 49). This forces one to think that how successful is Newsvine in qualifying as a participatory journalism website?

The Mail Online website and article are in stark contrast highly multimedial, with text, pictures, videos, both outside [Euro news] and video news from their own MailOnline TV.

Also in the narrative, text and pictures alternate that keep the reader interested. Readers can set up a profile and add their favorite articles to ‘add to my stories’ widget. The photos and information keeps on getting removed for irrelevancy and updated for timeliness.

There are maps to bring in context that are also interactive to a certain extent–one can enlarge the maps.

Though it would be better to include animated info-graphics (McAdams 2008, pp. 6) to show movement of planes or before/after attack pictures.

Navigation is fluid, images are captioned and context driven, and interface is user-friendly.

Further interactivity is evident through presence of ‘Share this article’ widgets, that allow the story to be linked or embedded to various social media like twitter, myspace among others, in addition to seeding the story into Newsvine itself.

This interactive feature is great as the reader can post this story directly on Newsvine, and from Newsvine, start a completely different discussion forum or create related articles.

This feature in-fact makes Mail Online more participatory than Newsvine. It also has a ‘Read later’ function that sends the article’s link to readers’ email. 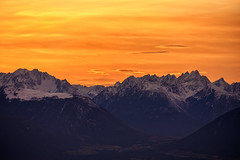 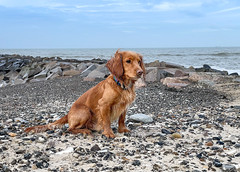 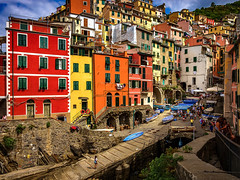 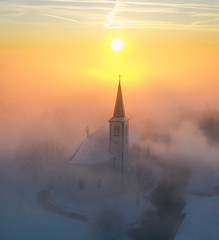 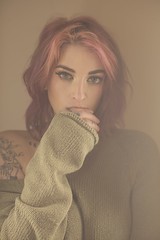